Home/ macroeconomics/Let's not get too excited about this equity rally

Let's not get too excited about this equity rally 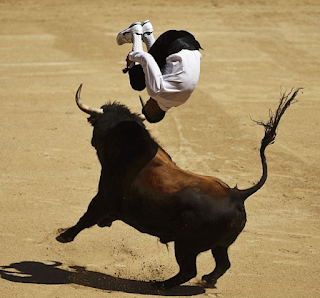 The market has shown new strength on slightly better economic data, increasing oil prices, and continued increased monetary liquidity, but care should still be taken with taking on more equity risk.
First, the threat of a recession albeit low is much higher than what we have seen in years. I have taken the St Louis Fed recession probability model estimates and changed the values to logs. This will place more roughness in the low probability numbers. It is nice way to look at the marginal changes in probabilities. The readings are certainly not close to Jim Rogers "100%" recession comment this week, but the threat is real and certainly more than what we have seen since the last recession.
Second, I look at the financial stress indices produced by different Fed banks. Below we show the Cleveland Fed numbers. That number shows a heightened level of stress although it looks like we have reached a local maximum. Financial stress is subjective and not part of the Fed's policy mandate but if the Fed is interested in systemic risk management, it should be watching these numbers. 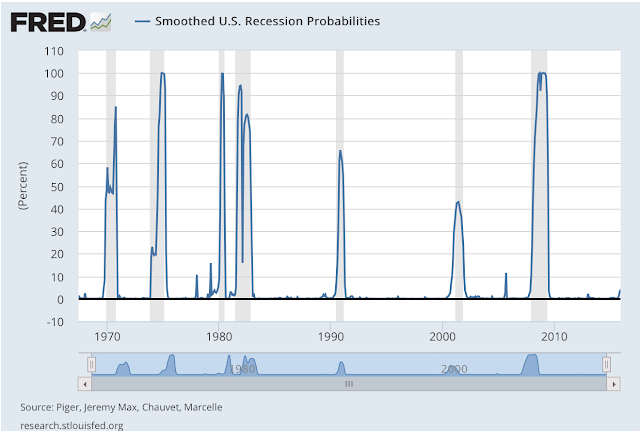 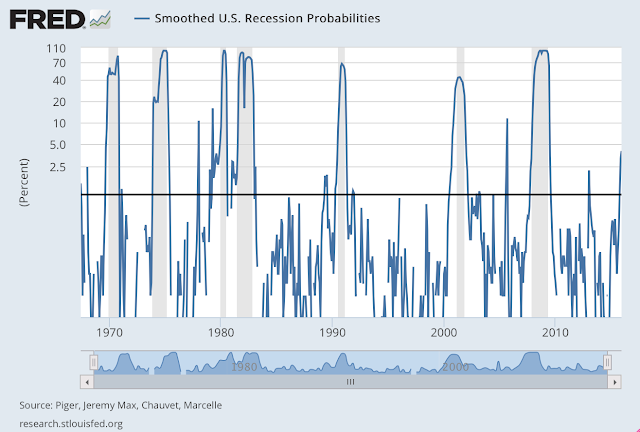 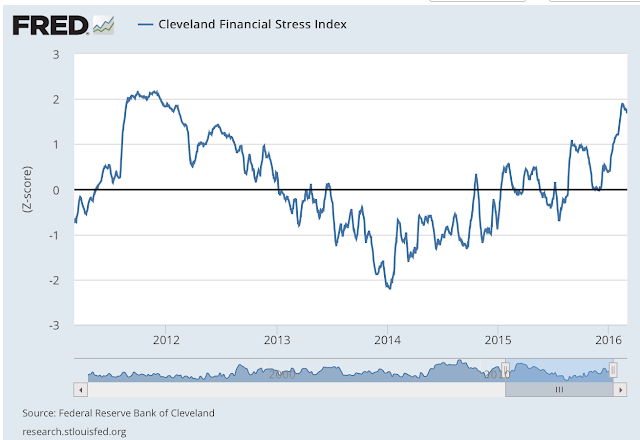 The Fed is likely to err toward caution on any March action. This expectation has been good for the stock market, but expectation that we will see any above trend growth in the US should be tempered. Making any major allocation changes based on the idea that a slight policy delay is strongly equity positive is also dangerous.
Facebook Twitter