Home/ finance/Two wrongs can make a right with diversification

Two wrongs can make a right with diversification 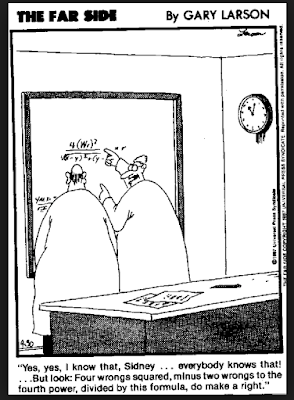 There is a special power with diversification. You can have a situation where two negative return streams can be blended to form a positive return. This does not occur in all cases, but these situation does exist. This has been called Parrondo's Paradox.

The brief idea of “Parrondo Paradox” in the words of its creator:“It is a phenomenon that we discovered 10 years ago which consists in two gambling games where the trend of the games is losing in average, that means if you play the games separately you will lose, but if you play alternate them, randomly or following several sequences then you will win in average."

The paradox was based on game theory and has generated whole conferences on the conditions for how it works. There are some key assumptions associated with the paradox but the fundamental idea has some sound logic. See the finance paper by Mike Stutzer. The paradox can be generated through rebalancing of two assets. The alternating between two losing strategies can lead to a positive return. This would not occur with a buy and hold strategy. Never under-estimate the power of rebalancing whether at regular intervals or through a deviations from a target. This applies to any portfolio strategy.
Facebook Twitter