The broken counter of banking 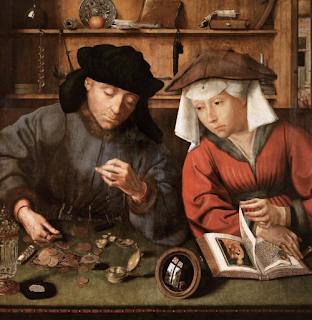 The word bank is supposedly derived from banca, the Italian word for counter; bankrupt may be a corruption of “Banca Rotta” or broken counter.
-Smart Money by Andrew Palmer
With the significant decline in COCO bonds, the rise of CDS spreads for banks, and the large amount of NPL's at EU banks which may be over $750 billion, investor should ask if banks are broken. 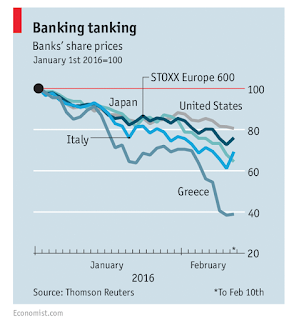 With native rates throughout Europe, one has to ask why investors would pay someone to hold their savings. A simple answer is that the next best alternative is worse. Would you want to be a debt holder in bank which has an uncertain future or would you rather have a certain loss with a negative yielding government bond? With more regulation and capital requirements, it is not clear that banks will be profitable without restructuring of their core loan portfolios.
Facebook Twitter