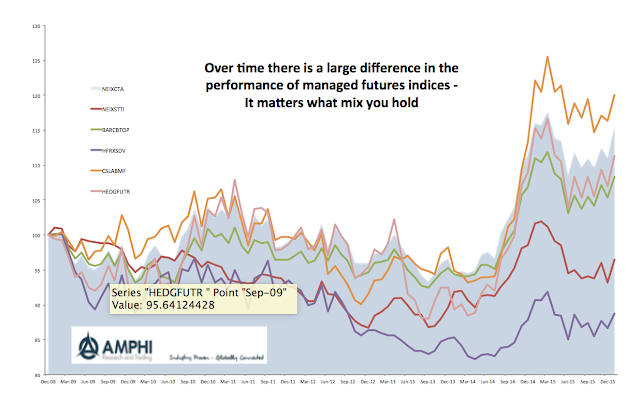 How do you grade your CTA portfolio or an individual manager? A simple way compares manager or portfolio performance with a benchmark. Unfortunately, there are wide variety of benchmarks, so  performance result may differ based on the index chosen. All of these hedge fund benchmarks are representative samples of large managers equally weighted or weighted by assets under management, but even with a large group of managers, there will be large performance differences.

Many will argue that of course there will be differences, but the size of these differences will not be economically meaningful because all of the benchmarks closely track each other. This is not the case as seen in our first graph. There can be wide differences in cumulative return. The differences or spread usually get much large when there is a crisis period. Those indices that have a high trend tilt or more crisis beta will move ahead of the other benchmarks. 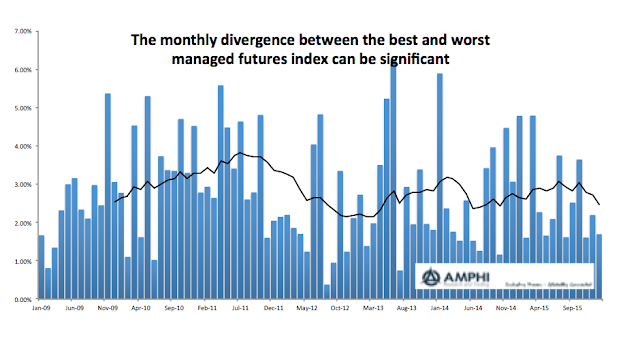 The cumulative effect of these differences can be huge. In the third graph, the average of the managed futures indices is presented in the blue shade. Much of the return advantage is diversified away and the result is flat performance. If an investor received the worst performance of any benchmark each month, the net result is a huge drawdown. Similarly, if an investor was able to be in the best performing index every month, the performance would have made him a superstar fund manager. This is an exaggeration, but it illustrates the value of picking the right managers. 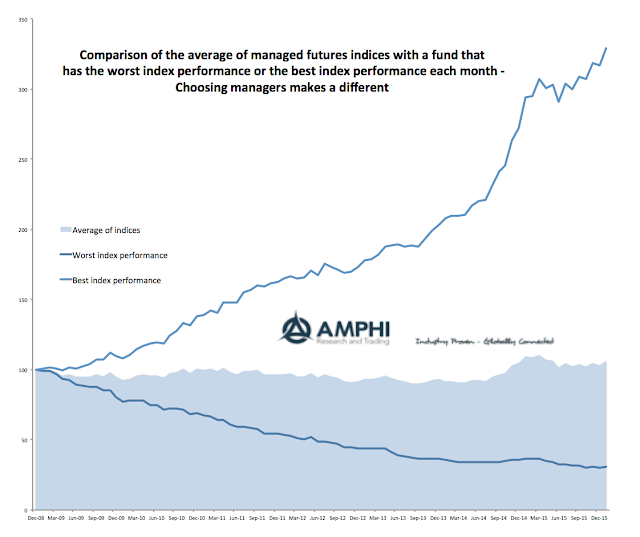 Choosing the right mix of managers matters. Even allocating to a group of the largest managers can result in under-performance if the choices are poor or switching is done at the wrong time.
Facebook Twitter