Home/ investments/Mercer view for 2016 - what does it mean for portfolio construction?

Mercer view for 2016 - what does it mean for portfolio construction? 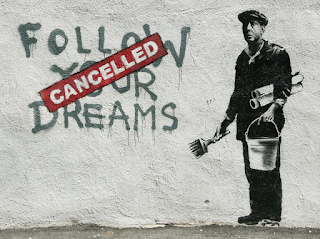 Mercer consulting announced their themes for 2016.  Their four themes are not surprising, but it is still important to review them and think about how they can be exploited in the global macro space. The overriding theme is that investors will be facing a low return environment, or more importantly, we are not in a positive long-only environment. In the short-run, holding beta exposure will not get you to your return dreams. The four themes are:

The reduced liquidity theme has been the talk of both investors and regulators. Investors are getting more risk averse given the potential for liquidity events. Police-makers either do not want to admit their is a problem or believe they are not the cause of any liquidity shortfall. Nevertheless, they have increased their focus on macro prudential policies which include monitoring liquidity. Our view is that a reduced liquidity environment calls for greater exposure to short-term trading strategies. Liquidity providers will be rewarded.

A maturing credit cycle is evident with the explosion of high yield credit spreads. Credit is becoming scarcer and investor are asking for greater risk premia. This credit repricing process is just beginning, so the our view is that switching out of credit in the short run is a good defensive strategy.

The tilt from beta to alpha is justified given we are likely to see further repricing of risk in equities. While the ECB, PBOC, and BOJ are all adding liquidity, the Fed's shift to normalization creates a potential headwind for holding risky assets. Low volatility has continued even after the spike of last August. This is likely to change. We view that market correlations will decline given the decoupling of policies. This means that relative value trades will be better rewarded than buy and hold directional positions.  Find alpha that exploits lower market correlations.

The "think long-term" view is a catch-all for the fact that, in the short-run, uncertainty will be high and the ability of investors to get direction right may be difficult. This may be in conflict with the idea of active trading in a illiquid world, but we see this as the other end of the liquidity spectrum. In this world, holding long-term strategy allocations make sense if you cannot or do not want to take advantage of changes in risk aversion and liquidity.
Facebook Twitter