China inclusion in SDR's - this is important for all investors 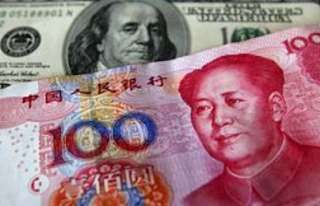 Most investors have likely past over the stories on the IMF's inclusion of the Chinese Renminbi in the basket for SDR's. The change in SDR weights will take effect next year. This is boring stuff for even some specialists in international finance, but in reality, it is going to have a great impact around the globe. SDR's are a supplemental international reserve asset which is allocated to IMF members in quotas as an alternative reserve asset to dollars, gold or other currencies held by a central bank. It is used as the IMF's unit of account and as method of payment across central banks. To be considered as a member of the SDR basket sends a clear signal to the financial world that you are an important currency in the global marketplace.
To be a member of the basket, an currency has to be "widely used" and "freely usable". As the largest exporter in the world, the Chinese currency is widely used and notable in trade discussions. The second criteria of the  Renminbi being freely usable is a little harder to measure albeit the IMF has a set of criteria. The currency is not fully convertible, but it is moving in that direction.

The Chinese economy is certainly more important than the yen and sterling, currencies both in the basket. The new SDR weights has the Renminbi at just under 11 percent. The new basket weights really hurt the non-dollar currencies. The euro loses 7% of its allocation, sterling 3% and yen 1%.

Many central banks are going to start to reallocate their reserves to include Renminbi and will be selling the other reserve currencies to more closely match the SDR allocation. There will be a higher demand for CNY just when many think it will have to fall in value to help the domestic economy. More importantly, we will see traders start to think about their view of Chinese currency and whether they should trade it. For a government and central bank that likes control, this is going to be something that the Chinese will have to get used to. The PBOC has the view that markets should be able to find their equilibrium level but not too quickly and certainly not in the "wrong" direction.
There will be a greater international focus on the big three currencies - dollars, euros, and yuan. This focus will especially be the case for emerging markets where China has made sizable investments and lending. The pull for payments in the Chinese currency will grow substantially. Clearly, the Renminbi's importance in trade is greater than its importance in finance, but that gap will be closing and investors should follow this trend. The Chinese will be a major voice in any international finance discussion.
Facebook Twitter