Home/ fixed income/The natural rate of interest - what is it today?

The natural rate of interest - what is it today? 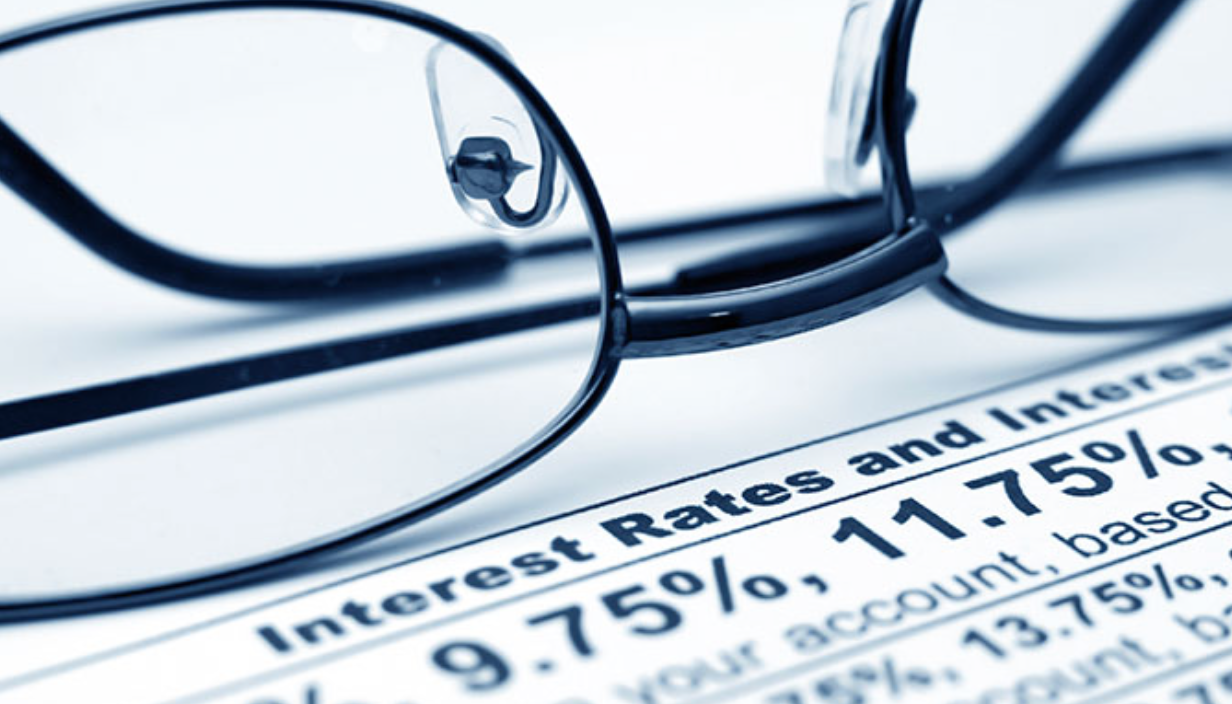 With more talk of the bond market being overvalued and when the Fed should move, it is natural to turn to what is the appropriate rate of interest for the current environment. The market needs to know what is the natural rate of interest as a benchmark for where nominal yields should be in the long-run.   If we know where the natural rate should be we should be able to better understand the path rates would take over time and whether bonds  are rich or cheap.

Unfortunately, the concept of the natural rate of interest is not easy to measure. Discussion about the level has declined since spring even though it is the key issue for the central bank. Assume that we could measure the natural rate, it seems as though this should be an important input in the decision process for the Fed.

The natural model that is often cited by the Fed was developed at the San Francisco Fed by Thomas Laubach and John Williams and has recently been updated as of mid November and shows a -.09 rate. This is one of the highest readings since 2012, but it is still in negative territory. The trend has not abated and has been declining almost uninterrupted for 15 years. The peak in real rates was in 1981. This natural rate decline has been occurring around the world.

The graphs are from the update of the Laubach and Williams work. 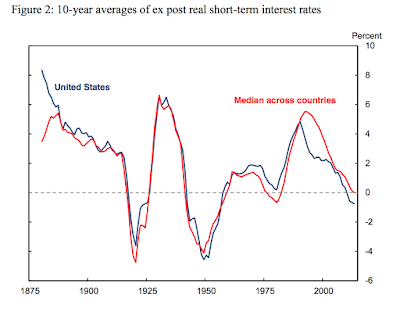 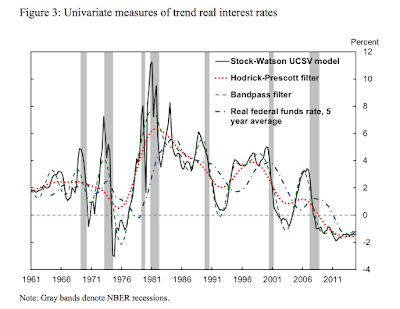 The LW model shows some movement higher in the natural rate, but has been generally moving sideways. By this measure, there may be some reason to raise rates but a go-slow approach would seem to be prudent. The authors looked at other specification of their model and find that the general results are still the same, although there is a wide range in the estimates. With inflation expectations still low it can easily be argued that nominal rates should not see a strong rise. 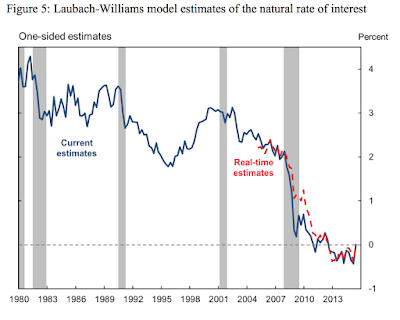